My Christmas column in the Christian Courier.

I was in line for a coffee at Second Cup in downtown Montreal – and was checking my phone as I came to the counter. I started to order a small, dark roast, but the guy at the cash paused for a moment, waited to get my full attention, and then said: “I wish we could go back to the days before those phones, when we could have some human contact.” Oof. The feeling of embarrassment and shame was immediate for me. What was I thinking!?

And just to be clear, this wasn’t some cranky baby boomer objecting to smart phone reality in general (we tend, mistakenly, to associate grumpiness with the older set). No, this was a twenty-something guy who was tired of serving coffee to people who wouldn’t even look at him.

Before this café correction, I had experienced a twinge of guilt in similar situations – a feeling of unease when looking at a text or my Twitter feed while receiving some paid or public service; looking at my phone rather than at the person in front of me. It can happen with a bank teller or a clinic receptionist as much as with a barista, of course. But this was the first and only time that someone had called me on it, essentially saying: “Hey man, stop being such an ass. Get off your phone and look at me.”

In my previous column for the Courier, I pointed to the significance of the Face to Face encounter in public life, and did so as part of my response to the new face-covering law in Quebec. But the niqab is far less significant than the smart phone when it comes to the loss of genuine human encounter. Just stand back the next time you’re at Starbucks or the Dentist’s office and see how many of us prefer online life to an encounter with the living and breathing person in front of us. In my case it took the judgment of a total stranger to make me realize what I was doing.

The interesting thing about judgment (whether in mouth of friend or stranger) is that it almost always opens a window toward grace. Judgment can change our perspective, change our attitude, and change our habits, toward a more human way of being in the world. In this case, toward the grace of friendship and conversation with those who serve us daily.

But of course strangers aren’t always or only a source of judgment. Very often strangers can be a source of simple grace in our lives.

My youngest daughter takes the school bus each morning, and so over the past year I have sometimes found myself waiting with her on the street corner. On many of those mornings, the same elderly woman walks past us on her way to the Sainte-Catherine-de-Sienne parish for daily mass. And she invariably says, as she passes: Que la paix soit avec vous (may peace be with you). She offers those words always with a gentle nod and a lovely smile, then keeps on her path up the street.

The blessing she offers us is taken from the rite of reconciliation, during which worshipers exchange peace with each other. As she encounters the peace of Christ in the context of worship, so she carries that peace into her life and her daily encounters in the world. For my daughter and me this stranger offers a simple and grace-filled benediction to begin our day.

The narrative of the Christmas season, now upon us, is full of holy encounters with strangers – whether angel or innkeeper or traveling wise men. These are encounters by which the judging/saving God worked his way in the world two millennia ago. And very little has changed since, for strangers remain a locus of God’s rendezvous with us. The very good news is that even when strangers’ words bear God’s judgment to us, that word can open a window to grace and to a humanized world. A world where we can hold each other’s gaze and say: “Peace be with you.” 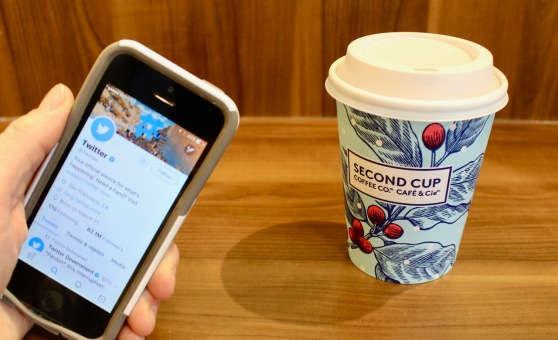