The Life and Mission Agency of The Presbyterian Church in Canada is presenting the following recommendation to the General Assembly of the denomination in two weeks time.

That clergy in The Presbyterian Church in Canada be permitted for pastoral reasons to bless same sex marriages conducted by civil authorities.

This is a very carefully crafted recommendation (politically speaking) because it is just the kind of recommendation that commissioners to the General Assembly will instinctively want to pass. It is presented as a kind of half-measure, as an exception, and as a compromise for the short term. There are very few clergy and elders who aren’t inclined to vote in favour of recommendations that are presented in this way. “Don’t worry,” the recommendation suggests, “we aren’t changing the definition of marriage, we are simply providing a blessing for same sex couples married by someone else!”

However, there are serious problems with this recommendation, and perhaps the most serious problem is that it is not the half-measure it purports to be. In fact, if this recommendation is passed, then the conversation about the redefinition of marriage within The Presbyterian Church in Canada will be over, because it will have happened. That is, this recommendation represents nothing less than the redefinition of marriage as a relationship between two persons (rather than between a man and a woman). And it would do so without submitting this change in doctrine and discipline to the wider church for approval as is required by the Barrier Act process. Contrary to our polity, one General Assembly will have made a significant change in the doctrine and discipline of the church.

Why does this recommendation represent more than simply a half-measure? Why does it represent a change in the definition of marriage within the PCC? Consider that the following scenario is imagined and permitted under this LMA recommendation (with respect to same sex couples): 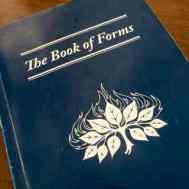 Perhaps this strikes you as a familiar scenario? It likely does so because this is exactly what the marriage process has looked like in most of the world for centuries. And though we may not realize it, this is what the marriage process already looks like in The Presbyterian Church in Canada. Which is to say that the process imagined by the LMA (civil marriage, then church blessing) is not a half measure – it is not one step removed from marriage – it is marriage. Within the Reformed tradition, marriage has historically been understood as a civil matter, and the role of the church has been to bless and pray for a marriage previously solemnized by the state. Exactly what the LMA proposes for same sex couples.

Consider that from The Netherlands to Cameroon, the church’s participation in marriage, and its understanding/definition of marriage, has always unfolded within the pattern (civil marriage, then church blessing) that the LMA sees as an exception or half-measure. A couple is married in the courthouse and then proceeds to the church for a blessing – and that just is the Christian marriage process.

Consider also that the scenario presented by LMA is already in practice within The Presbyterian Church in Canada. We often forget this is the case because we forget that the minister acts in two capacities within the wedding service – first as an agent of the state (in the act of marrying) and then as an agent of the church (in prayerful blessing). Which is to say that marriage has always followed the same pattern in Canada that it takes in most other jurisdictions – civil marriage, then blessing. However, the geographic and time distance between the two acts (marrying and blessing) is collapsed in Canada because the same person is able to perform both acts.

The LMA seems to think that by refusing to allow the minister to act as an agent of the state in a same sex marriage, the church is somehow one step removed from redefining marriage. But that is clearly not the case. The pattern that the LMA imagines as an exception is precisely the pattern of Christian marriage – civil marriage then blessing. This is what happens the world over, and in Canada. That’s not a half measure! That’s marriage!

If this recommendation is passed by the General Assembly it is true that the temporal gap between civil marriage and church blessing might be significant for some same sex couples initially seeking such a blessing. There are same sex couples who were married some years ago, now, and who will now seek a blessing from the church. But that temporal gap doesn’t in any way change the fact that this relationship will now be understood and treated as full Christian marriage in the PCC (solemnized by the state, blessed by the church), even if we pretend it’s an exception. And within very short order we will see timelines more like the one I have mentioned at the outset above (the kind of timeline that happens the world over today) in which it becomes very clear that this isn’t some half measure:

This, as I have made clear, is what (traditional) Christian marriage is and looks like the world over.

Although the LMA would like commissioners to the General Assembly to think that there is no significant change required by this recommendation — “Don’t worry, it’s not a change in marriage, it’s just a blessing” — that is far from the truth. It may be that the LMA is following this path intentionally, seeking change through political maneuvering, or it could be that the LMA doesn’t fully understand what it is doing. In either case, if this recommendation is passed, then one General Assembly will have redefined marriage. The whole debate will be over. There will be nothing left to discuss.

As I have said throughout this whole conversation, The Presbyterian Church in Canada is able to change the definition of marriage within its doctrine and polity. But if it wishes to do so it must approach the change with clarity and honesty about its intentions and actions. And it must do so while respecting the right of the whole church to have its voice heard, as its provided for in the Barrier Act (a process of wide consultation in decision marking that prevents one General Assembly from making any change in doctrine or discipline). The LMA recommendation represents a refusal of such clarity and honesty, and represents a refusal to trust the whole church to make these decisions together.

A simple question that might provide a little more clarity about what I am arguing above: If a same sex couple is married at the courthouse by a justice of the peace, followed immediately by a service of blessing in a local Presbyterian Church, what could or would need to be added to this sequence of events to make it a Christian wedding/marriage? The simple answer is: Nothing!

The question has been asked as to why we must see this blessing as a blessing of marriage and not something less. Well, in the first place, because that’s what the recommendation says: “to bless same sex marriages” and not to bless relationships more generally.

Further, the suggestion that this might be a blessing that does something less than affirm same sex marriage is undermined by the fact this blessing is extended only to same sex couples civilly married, and not to other same sex couples in committed relationships. In other words, this is about marriage, the blessing of marriage, and therefore redefines marriage.

It is precisely because of the uncertainty and ambiguities raised by this LMA recommendation that the Committee on Church Doctrine is recommending that the wider church study and report on three different possible ways forward. Any proposal for a way forward will bring complications and has unknowns associated with it. And the idea that one committee of the church (the LMA, in this case) can arrive at the best solution all on its own is simply not reasonable. I certainly hope that the General Assembly shows wisdom by putting in the time and attention needed for the church to move forward carefully and faithfully.

“This wallpaper and I are fighting a duel to the death. Either it goes or I do.” — Oscar Wilde
%d bloggers like this: